All the plastic you can and cannot recycle

Most people are trying their best to recycle plastic – but the many different ways in which recycling is collected by different councils across the UK has left them confused.

What can be recycled and what can’t? We are putting more plastic in the recycling than ever before – but pictures of sea life tangled in all manner of waste plastic mean the pressure is on to do more.

The government is now considering changing the way plastic is recycled in England. In the rest of the UK the strategy for recycling is a devolved issue. 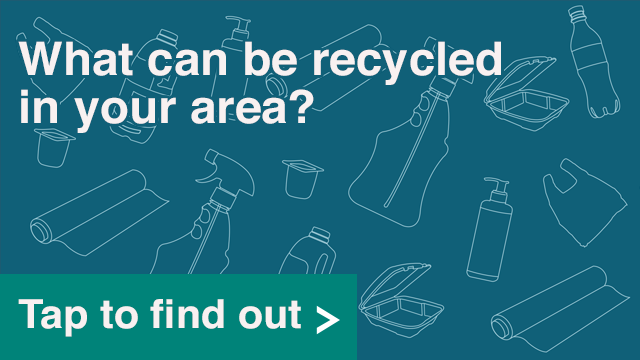 Around the UK, all four nations are hoping to improve their recycling rates. The review by the government may change the target for recycling in England, but currently the aim is that 50% of waste will be recycled by 2020.

Scotland has a target to recycle 70% of waste by 2025 as does Wales. Northern Ireland has a proposal that 60% of municipal waste is recycled by 2020.

Waste plastic is collected is different ways too:

Councils also employ many different companies to collect and sort their plastics.

And having different recycling schemes in different areas – for example, in some areas you can recycle margarine tubs and in other areas you cannot – makes labelling difficult.

Most people in Britain regularly recycle plastic but almost half have had disagreements at home about what type they can put in which bin, a ComRes poll for the BBC suggests.

And more than a quarter have these disagreements at least once a month.

What to expect from the government’s review?

Of all the things we recycle, plastic is the most complicated. It comes in a profusion of very different types.

Many products carry labels about recycling but some do not. And the labels themselves can be a problem.

Your eye might fall on a recycling symbol but miss the very small print saying the item will not actually be collected from your home.

If you see the phrase “widely recycled” on a packet or carton, it means many councils will take it but not necessarily all of them.

Each of the UK’s local authorities has come to its own decisions about what to accept and what to refuse:

The government realises the arrangements can be confusing, even irritating. And in England it’s undertaking a review of the whole recycling system.

The desire to boost plastic recycling rates is clear. But every option comes with challenges. The word is, we’ll see the government’s plans in November.

Plastic can often become too contaminated for recycling and have to be sent to landfill or incinerated instead. This happens for several reasons:

Plastic packaging is made from seven different types

All plastic can be recycled – but it is not always economical to do so.

Most bottles will be sent for reprocessing in this country.

But plastic that is less valuable – about two-thirds collected for recycling – goes overseas and this figure has been rising.

Earlier this year, the National Audit Office reported the plastic sent abroad could be highly contaminated, meaning it may not be reprocessed and could end up in landfill or contributing to pollution.

Some countries are refusing to take any more of our waste.

These bans are having an effect on the prices paid for waste plastic.

And this year the prices of the more contaminated plastics have fallen below zero, meaning companies are now expecting to be paid to take them away.