I’ve borrowed this from Christopher Booker’s column in today’s Sunday Telegraph, because I think our new prime minister has made an incredibly important decision on the nations behalf and should be fully supported. My hope is, that this isn’t just a delay, but an actual halt to the insanity of Cameron and Osborne’s love affair with the Chinese and their money.

‘IN THE nick of time, it seems, a glimmer of sanity is at last breaking in on what I have long been describing as the most insane single project a British government has ever put its hand to. We can credit the decision to put on hold our agreement for EDF to build the most expensive power station in the world, at Hinkley Point, to Theresa May’s joint chief of staff, Nick Timothy. This was the man who, having back in April described the Climate Change Act as “a monstrous act of self-harm”, was also behind the abolition of the Department for Energy and Climate Change (Decc).
Until now, the absurd story of Hinkley has been as vivid an example of the self-deluding power of groupthink as could be imagined. All those ministers swept along by it, such as Ed Miliband, Chris Huhne and Ed Davey, should hang their heads in shame. This culminated in that humiliating spectacle last year (as also noted by Mr Timothy) when David Cameron and George Osborne invited the President of China to London in October and begged him to lend us billions of pounds to buy a reactor design so flawed that it could almost certainly never be built.
Nothing should have brought this home more forcefully, as I noted last year, than the contrast between the Hinkley project and the way South Korea is building four nuclear reactors for the United Arab Emirates, to an already proven design and at only a fraction of the cost.
Although the UAE began talks with Korea only in 2009, the year we began negotiating with EDF for its two 1600 megawatt (MW) reactors at Hinkley, the four 1400 MW reactors for the UAE (hence their name APR1400s) are already under construction, with the first due onstream next year and the rest to follow by 2020. For £15 billion, they will thus supply 5600 MW of electricity, much more than Hinkley’s 3200 MW, so grotesquely subsidised that even Decc admits its cost could eventually be £37 billion.
This is the dreadful fiasco from which, in “the Nick” of time, it seems we may now be saved. Of course we desperately need reliable nuclear power to make up for the inadequacy of all those intermittent wind turbines. But we should forget about the French and Chinese and get on the phone to Korea as fast as possible.
We should also be looking hard at “mini-nukes”, using industrially-produced small nuclear reactors similar to those which will be powering our Trident submarines. But that is a story for another day.

How this for quality reporting. More akin to the sort of stuff you see from our local press trolls when making ill informed rants. 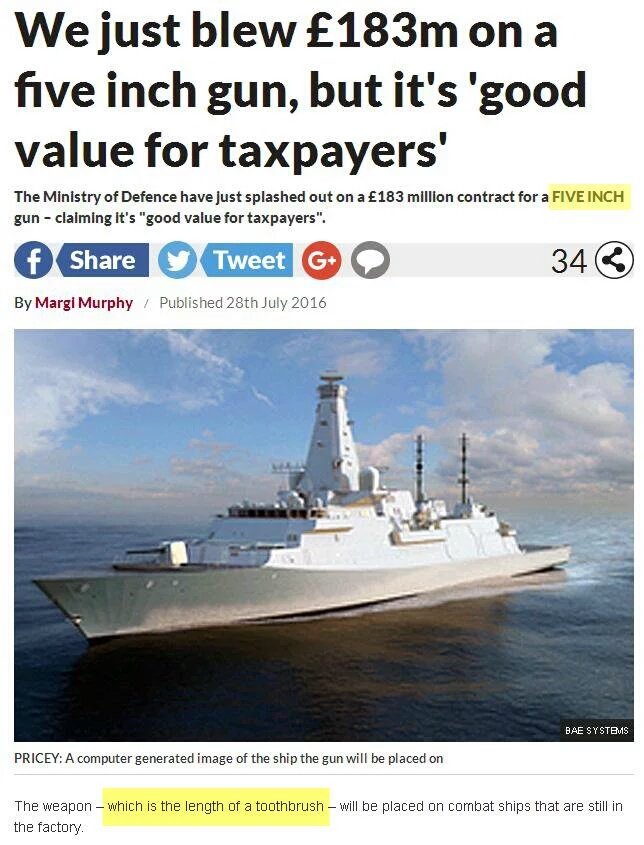 Our approach and attitude toward urban development in England – and this is increasingly infecting the thinking around rural development – seems to be more and more ‘American’ week on week. Look at this hideous development proposal, using ex-premier league footballer money, in Manchester. Hopefully, this will prove to be just another version of fantasy football. It is understood Historic England, which used to be English Heritage, is not impressed by the scale of the skyscrapers.

But Mr Neville said the only way to fit everything wanted by the council onto the site – while also opening it up and including considerable public space – was to build upwards.

He said for him the two plazas, to be known as St Michael’s Gardens and St Michael’s Square, were the stand-out part of the development.

“A large part of the site is usable to the public. That’s something that was driving us from day one and that’s what pushed us,” he added.

The site lies entirely in the St…

If he and others had been more principled during their period in office and spoken out about the abject failure of the monster they created called the NPPF, then perhaps we wouldn’t have the farcical situation we now have. Developer land banks made larger, by the addition of often inappropriate sites, that remain undeveloped, while councils continue to be criticised for non- delivery.
Local politicians no doubt have much blame to shoulder, especially in those areas of the highest demand, where those with their little piece of this green and pleseant land, demand that those without, go and find theirs somewhere else and local councillors respond accordingly.

The sanction of the Presumption in Favour of Sustainable Development is simply inadequate to get them [housebuilders] to increase output and is largely a way for developers to capture large greenfield sites (it also basically repeats a 1980s failure termed ‘planning by appeal’).

Despite the debates around Right to Buy, Starter Homes, and sale of high value assets, the most important reforms underway since 2015 were a low-key battle to reform the system so that:

Apart from the NIMBY bit, the headline applies to pretty much every Westminster politician, including those with planning in their portfolio.

Acting on behalf of local residents in the Collingtree and Wootton Brook area, I have today appeared in front of a Planning Appeal inquiry to challenge the developers Bovis Homes over their proposals for the Northampton South Sustainable Urban Extension (SUE) at Collingtree. Alongside David Mackintosh MP, the Member of Parliament for Northampton South, I brought the crucial issues of flooding, traffic, air pollution and infrastructure that residents have raised with me over many years to the attention of the Planning Inspectorate.

Despite putting across a number of direct points to the Planning Inspectorate, and referring to evidence-based analyses of local, regional and national planning policy guidance, the Inspectorate’s QC declined to ask me any questions on my deposition.

Both David and myself are deeply concerned that the opportunity to further explore local residents’ concerns was squandered and, following the meeting, a number of constituents wondered if…

If Gove is elected leader of the Conservative Party and therefore becomes Prime minister and this is really followed through, it will be go against another Conservative policy he clearly did not agree with.

Goves Speech– clearly he has Gove in Mind

I am not an instinctive advocate for higher Government spending. But the evidence from the most successful start-up nations — US and Israel — is that thoughtful Government investment in science triggers a culture of innovation more widely that generates the businesses of the future…

And the role for Government in driving change in our economy doesn’t end there. We need a national ambition to build 100s of thousands of new homes a year, both private and socially-rented — led by someone who will not take no for an answer and who will push for diggers in the ground and homes for all come what may.