This is the text of a letter submitted by my fellow ward member, councillor Christine Lawton, to our local press.

“I am pleased that something amuses Mr Cronin, although I did not find his unhelpful attitude at the steering group which looked at the possibilities of building a community centre for Wygate at all funny. On the question of delay perhaps he should consider “motes and beams”.

As to his central question “Why are the residents being restricted to a building?”, the simple answer is that the 106 money from developer was for a community building.  Like my predecessor (before your time Mr Cronin) I too am a simple soul – I believe that a facility which could accommodate such excellent groups as cubs, WI, dancing classes for children, a meeting place for the retired would be in principle a fine idea.  That is why the Wygate community is being surveyed  (by an independent charity) to ascertain the wishes and desires of the local residents.  That sounds pretty democratic to me!

I value team-work and loyalty and wish to associate myself with the efforts of Cllr Gambba-Jones and others in this attempt to discover the appetite for a centre for Wygate residents.  Let the people decide – it works for me.” 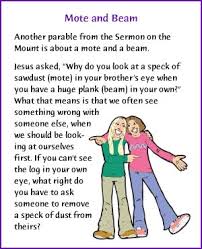 I’ve just been looking through the handbook being prepared for newly elected members following the district council elections on 5th May.  No,  I’m not such a sado that I can’t find anything better to do on a public holiday, I just happen to be a member of the group that was consulted on the content and have been asked for feedback by the 3rd May.  See, we’re not telling porkies when we say we have to do work when everybody else is relaxing and watching Coronation St and East Enders on the tele!

Even though we asked for it to be kept as brief and straightforward as possible, I asked them not to include the council’s constitution in it, as even the abridged version is something like 40 double-sided pages long, there’s still 72 pages for new members to plough through.   Page 47 has one of the best bits of advice I’ve come across and pretty much sums up the role of the elected member when it comes to being a councillor.

Ask if you don’t know  We often don’t ask the questions that needs to be asked because we’re worried about looking stupid. But part of the privilege of being a councillor is being expected to ask obvious questions; you are asking them on behalf of people who are not in the corridors of power. Challenge jargon when you hear it, and don’t use it even when you get used to it.

The only caveat I would put on this, is the need to either remember the answer you’re given, or to at least make a note of it and, unless you are in a different meeting with a different audience, avoid asking the same question again and again.

Apart from the fact that the repetition makes a meeting last longer than it needs to, it also demonstrates to those who heard the question asked and answered previously (especially if it’s the same officer or chairman), that you either didn’t pay attention the first time, weren’t really interested in the answer in the first place or, worse still, that you’re a few votes short of a majority (that’s council speak for being a dummy!).